Mobile app architecture, in layman's terms, is a collection of patterns and techniques that must be followed to create a completely organized mobile application.

The techniques and patterns are developed in accordance with the vendor's requirements as well as industry standards.

The most crucial aspect of mobile app development is mobile architecture. It has a significant impact on the development of an app's market and will determine whether the app succeeds or fails.

If you're a seasoned mobile app developer or a customer looking to hire a team of app developers, make sure the whole process is followed to the letter.

Having this done will make you cross half the boulevard towards your set target.

What is mobile app architecture?

A body of laws, techniques, and patterns for developing a mobile application is known as mobile architecture.

This collection enables developers to create rational, well-structured apps that meet consumer needs and industry expectations. Let's look at how it works in more detail.

Many factors influence the creation of successful mobile architecture, including the type of mobile platform, computer type, internet connection speed, and possible mobile gadget characteristics, such as CPU load, screen size, and resolution.

Before jumping straight into developing an app, a team of experts can identify the customer's needs and break them down into tiny logical chunks for mobile developers to code.

If the team has a good understanding of what functionality they want to include in the product, they create the app architecture, which is a skeleton that connects all of the features into a single app. The productivity, scalability, and user-friendliness of an app are all determined by how well the development architecture is thought out.

How to design mobile app architecture?

This three-layer architecture is crucial when designing or developing a mobile app. It refers to the internal architecture of your component. The following are the three most crucial layers of mobile architecture design:

The presentation layer is responsible for delivering and representing data to the user. It's basically what a user sees and experiences while interacting with the app. Software developers pay special attention to User Interface (UI) and User Experience (UX) designs when creating the presentation layer. Fonts, themes, textures, app navigation intuitiveness, what peripherals the app can link, and other visual elements are all part of UX/UI design.

Depending on the number of operations the app conducts and the number of resources available on a user's computer, this layer can be implemented on the backend server or the user's device.

The data layer is in charge of data security and upkeep. Data access components, support software, and services are all part of it. When creating this layer, software developers should bear in mind that it will need to scale in the future as business needs change. It's also crucial to choose the right data access and validation technology to ensure that this layer is safe from bad data and works properly.

How to choose the right architecture for your mobile app? 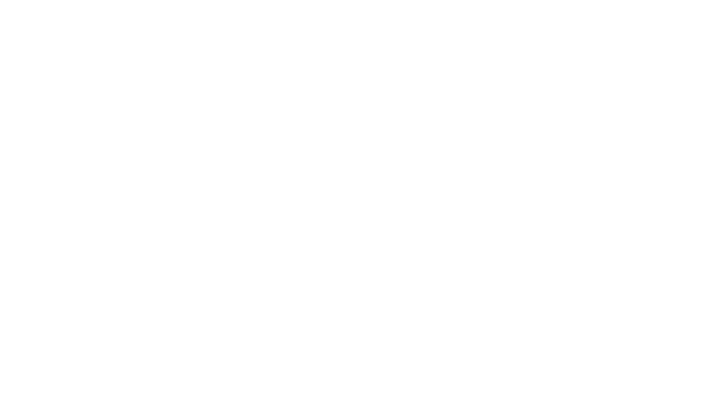 The target audience, platforms on which the app will be deployed, features and functionality you want to include in the app, time and resources you're willing to spend on app creation, and the expertise of your development team all factor into the decision.

Native mobile apps are downloaded and run on a device's local storage. These apps are similar to built-in apps like web browsers or email, and they can access all of a mobile device's features and APIs. The app stores have a large selection of native products.

Native apps are developed using specific programming languages and frameworks for a specific mobile platform. To create an Android app, for example, you'll need Java and Android Studio. As a result, if you want to run the same app on iOS, you'll have to start from scratch and use iOS-specific tools like Swift and AppCode.

Native applications that only work on one platform are replaced by hybrid apps. The implementation of these solutions necessitates the use of web technologies. They run inside native apps, with their web-based content shown in the native app wrapper. Their information can be stored in the app or accessed through a web server. As a result, these browser-based applications have access to a device's hardware, mixing web and native displays. These applications are also available from app stores.

Hybrid apps are typically less expensive and easier to create than native apps, and they can take advantage of native APIs such as contacts, cameras, and other features. They have a single codebase for Android and iOS applications, so you don't have to create two separate apps for each device. Native apps are more difficult to manage than hybrid apps.

Mobile web apps are entirely web-based and can be accessed via a URL in a browser. Many mobile web app providers build icons that can be installed on a home screen and launched from there for added convenience. However, rather than being installed on a computer, the app is simply bookmarked on the phone.

These apps are created with HTML, JavaScript, and CSS and are automatically modified from the web without the need for a submission or vendor approval.

Since mobile web apps run in a browser, they are highly compatible with any network, allowing them to reach a wider audience. They're faster and less expensive to manage because you just have to modify or edit the content or design once, and the changes are reflected across all mobile platforms.

Is there any difference between architecture for iOS and Android apps?

The architectures of iOS and Android are identical in concept but vary in execution. The respective design makes it clear how their apps function. In comparison to iOS, Android architecture is generally thought to be more open. Android uses a Linux kernel, while iOS uses a Darwin-based BSD kernel. Both Android and iOS are Unix-based operating systems that begin with a kernel that manages hardware, timing, file systems, drivers, interrupts, and power management.

Since Android is open-source and iOS is closed-source, the architecture of Android varies from that of iOS.

The next layer for iOS is the Core OS layer, which contains the majority of the low-level components needed for device abstraction, such as OpenCL and disk access.

It's the library layer for Android, which contains a few more libraries than the Core OS, such as media frameworks, OpenGL, SSL, LibWebCore, and LibC.

The Core Services layer for iOS is similar to the library layer for Android, but it only contains Apple-developed libraries, such as Core Data, Core Animation, WebKit, Address Book, Core Foundation, Social Libraries, and Security.

The difference between iOS and Android architecture is that iOS is more customized and programmed for security. This is due to Apple's use of a custom BSD-based kernel and the creation of nearly all of their libraries from scratch. This contrasts with Android, which relies heavily on open-source software rather than the customized software that Apple prefers.

The architecture of any mobile app is crucial to its success. As a result, it's critical to think about what features you want to include in your app, how you'll deploy them, and how the architectural layers will bind them.

When planning your app, it can be difficult to weigh all of these factors. Planning software creation with a mobile app development company is a good idea because they will advise you on which architecture type to use and the most efficient ways to build your app. This is why you should get in touch with us so that we can assist you with the architecture design of your mobile app. Simply submit a request and we will contact you as soon as possible.
How to find us
+13029669257
+79160837954
[email protected]